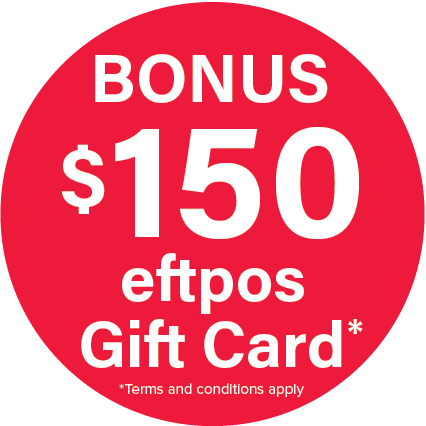 The Fujifilm X-S10 Body Only offers maximum functionality in a compact body. Equipped with top features, including a 26.1MP X-Trans CMOS 4 sensor, X-Processor 4 high-speed image processing engine, and In-Body Image Stabilisation (IBIS), the X-S10 is a perfect fit for anyone who needs a lightweight camera with professional features for both photos and videos. It offers something for everyone; the popular AUTO/SP (Scene Position) Mode automatically adjusts camera settings to produce stunning images without requiring users to make manual adjustments.

The advanced video capabilities of the Fujifilm X-S10 can produce both sharp 4K/30P 4:2:2 10-bit video and high-speed full-HD video at 240fps. The vari-angle LCD screen can be flipped forward by180 degrees, which is another feature to be enjoyed by everyone from photographers and filmmakers to vloggers and hobbyists.

With up to 6.0-stops of image stabilisation from the IBIS unit packed into its compact and lightweight body, the X-S10 represents a completely new design and concept, bringing to the market a high-end performance model with user-friendly controls in an amazingly compact body.


Key Features of the Fujifilm X-S10 Body Only

The X-S10 features the APS-C-format 26.1MP X-Trans CMOS 4 sensor, which has a back-illuminated design to achieve smooth tonal and colour rendering, improved low-light performance, and a wide native sensitivity range of ISO 160-12800. As an X-Trans sensor, it utilizes a randomized pixel array, too, which provides a high degree of image quality and sharpness due to the omission of an optical low-pass filter. Versus conventional pixel patterns, the X-Trans design more closely mimics the organic nature of film in order to produce nuanced colours and tonal transitions, while also reducing moiré and aliasing.

The camera’s in-body image stabilisation (IBIS) mechanism is approximately 30 per cent smaller in volume and weight than the previous model1. Despite its small size of just 450g (1.21lb), the X-S10 delivers up to 6.0-stops of five-axis image stabilisation. It is also the first mid-range X Series camera to use a motion sensor retention mechanism, which is a mechanical shock absorber that prevents slight vibrations caused by the shutter unit. This adds another level of stability to ensure image clarity and resolution are maintained.

FUJIFILM Film Simulation modes were created to celebrate the history of photographic film by digitising some of the industry’s most iconic analog films. The X-S10 features 18 exclusive modes, including ETERNA Bleach Bypass, creating a beautiful, desaturated, high-contrast look.

The X-S10 offers an updated [AUTO / SP (Scene Position)] mode that automatically adjusts shooting settings according to the external environment, without requiring users to make manual adjustments. This feature allows users at any level to shoot landscapes with clarity and vivid colours, capture human portraits with beautiful skin tone and texture, and create evenly

By combining the X-S10’s high-speed AF and AF-tracking performance, which comes with the X-TransTM CMOS 4 sensor’s 2.16 million phase detection pixels and X-Processor 4’s computing power, users can achieve quick and accurate autofocus results via focuses in as fast as 0.02 seconds and in some cases, even at -7.0 EV3.

The X-S10 generates 4K video from the amount of data equivalent to 6K in order to ensure the footage is in high resolution with low noise. It supports internal recording of 4K/30p 4:2:0 8-bit video on an SD card, and high-speed full-HD recording at 240p, producing up to 10x slow-motion footage of a split-second motion of a fast-moving subject. Additionally, the micro-HDMI port enables 10-bit 4:2:2 recording to an optional external recorder for improved quality and the camera features a 3.5mm microphone jack for more advanced audio recording.

In addition to X-S10’s IBIS, its Digital Image Stabilisation (DIS) mode powerfully balances out any camera shake caused by the movement of the user. The IS Mode Boost provides even better stabilisation, almost completely eliminating any shake when it is used from a fixed, hand-held position.

The X-S10 has a vari-angle LCD monitor that can rotate up to 180 degrees, making it useful not only for capturing selfies but also for taking stills and videos from various angles.