History of the Modern Camera - Part 1

This article is Part 1 in this series. Part 2 will be released at a later date.

Like many modern electronics, the camera and indeed the art of photography have a fascinating history and evolution. Today, people use cameras every day to take selfies, photos of their pets, and many other things, but it's difficult to imagine the impact that the first camera had when it came out in the late 19th century. Through its short evolution, the camera has made remarkable improvements from huge boxes that took blurry images to the powerful, smart, modern camera.

So how did it all begin? Who invented the very first camera, and how did that develop over time into what is now the modern camera? Well, buckle up and enjoy the story that starts as far back as 330 B.C! Read on and discover how technology changed over the decades and how that has inspired modern camera designs and photography. 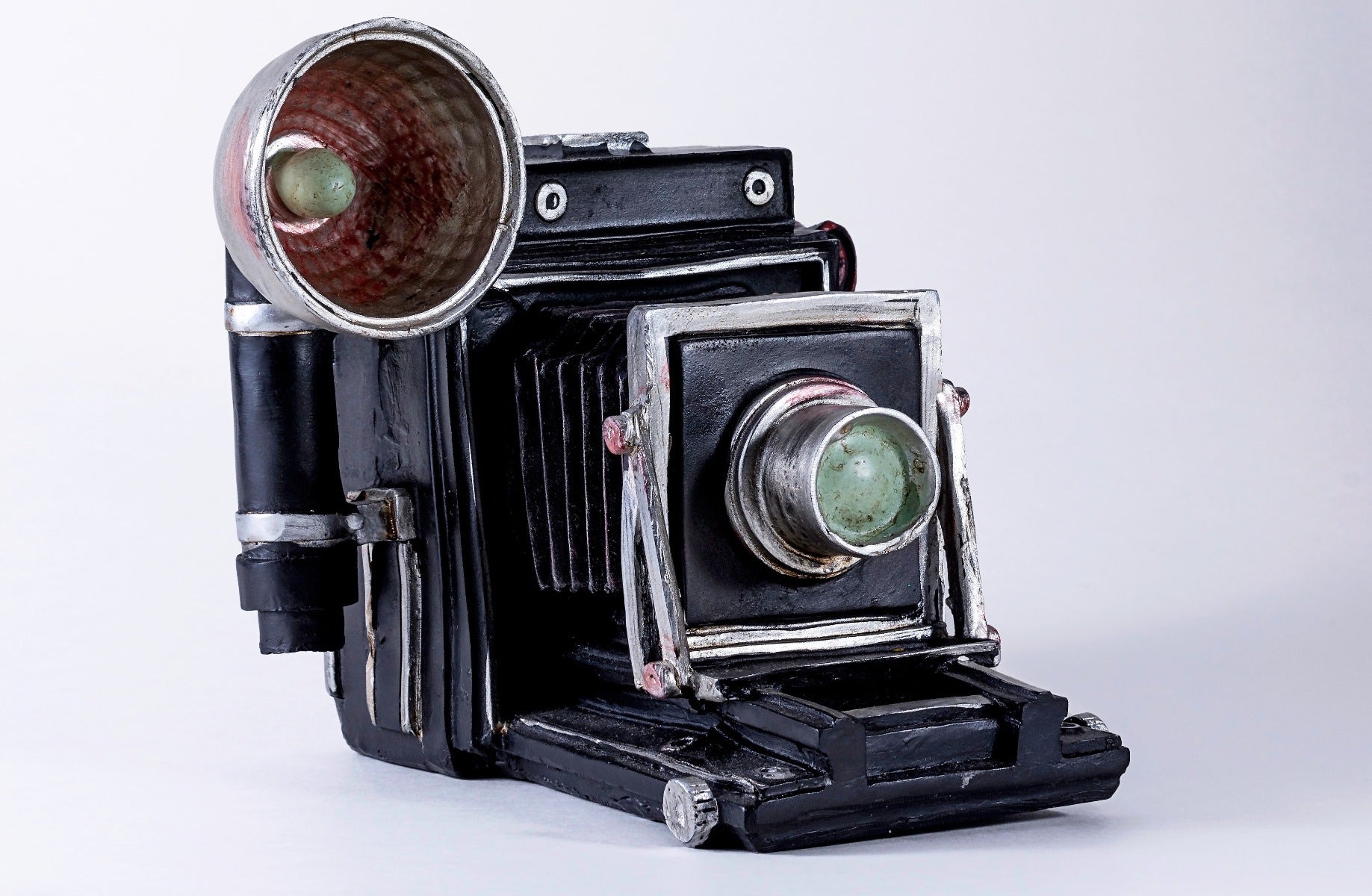 Cameras have progressed a long way from their earliest forms

Aristotle described the phenomenon of how light behaves when propagating through a small hole in his writings around 330 B.C. References to this idea can also be found in Chinese literature dating as far back as the 5th century B.C.

Ibn Al-Haythan, an Arab scholar who lived between 945 and 1040, explored this phenomenon in more detail. He is known to be the first person to study optics and vision, leading to the invention of the first camera. His invention, the camera obscura, was a crude demonstration of how light and images could be projected and magnified on a flat surface.

The term camera obscura is Latin for "dark chamber" - it was a darkened room with a small opening to admit light. As the light passed through the small hole, an inverted image formed on the opposite wall. Much later, in the 16th century, the entire thing was miniaturised into a compact, portable box fitted with a mirror that turned the inverted image the right way up. This came to be known as the pinhole camera. 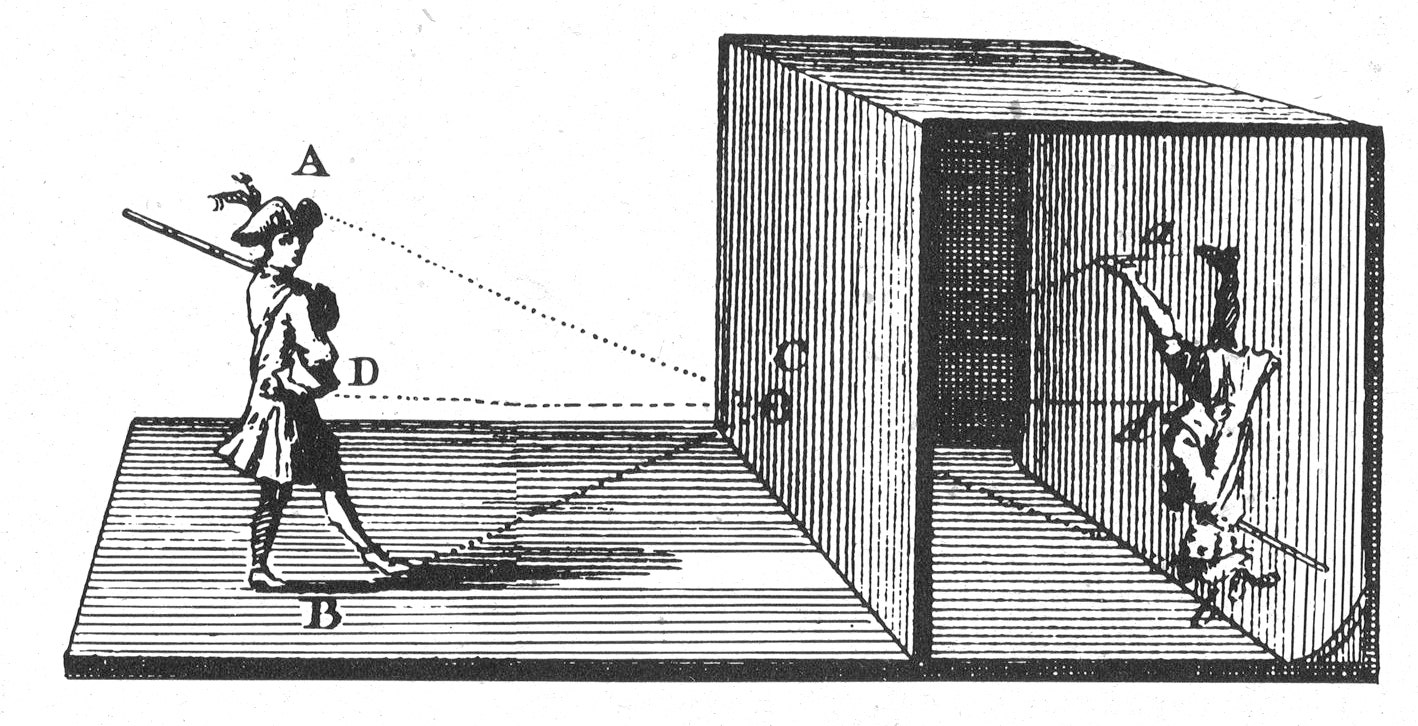 A camera obscura, which later became miniaturised into the pinhole camera

By the early 1700s, thanks to the new art of crafting fine lenses, the magic lantern was born, following the principles of the pinhole camera. This was a rudimentary projector that was mostly used to entertain audiences in circuses and shows.

Many attempts were made to try and capture still photos. The big breakthrough came in the mid-1820s when Joseph Nicéphore Niépce, a French inventor, managed to capture the first permanent still image - the first photograph. Joseph used silver chloride plates to capture the first photographs. Each photo needed at least 8 hours of exposure; this may have been the reason why the pictures were so blurry and out of focus. His oldest surviving photograph, the View from the Window at Le Gras is preserved in the University of Texas, USA. 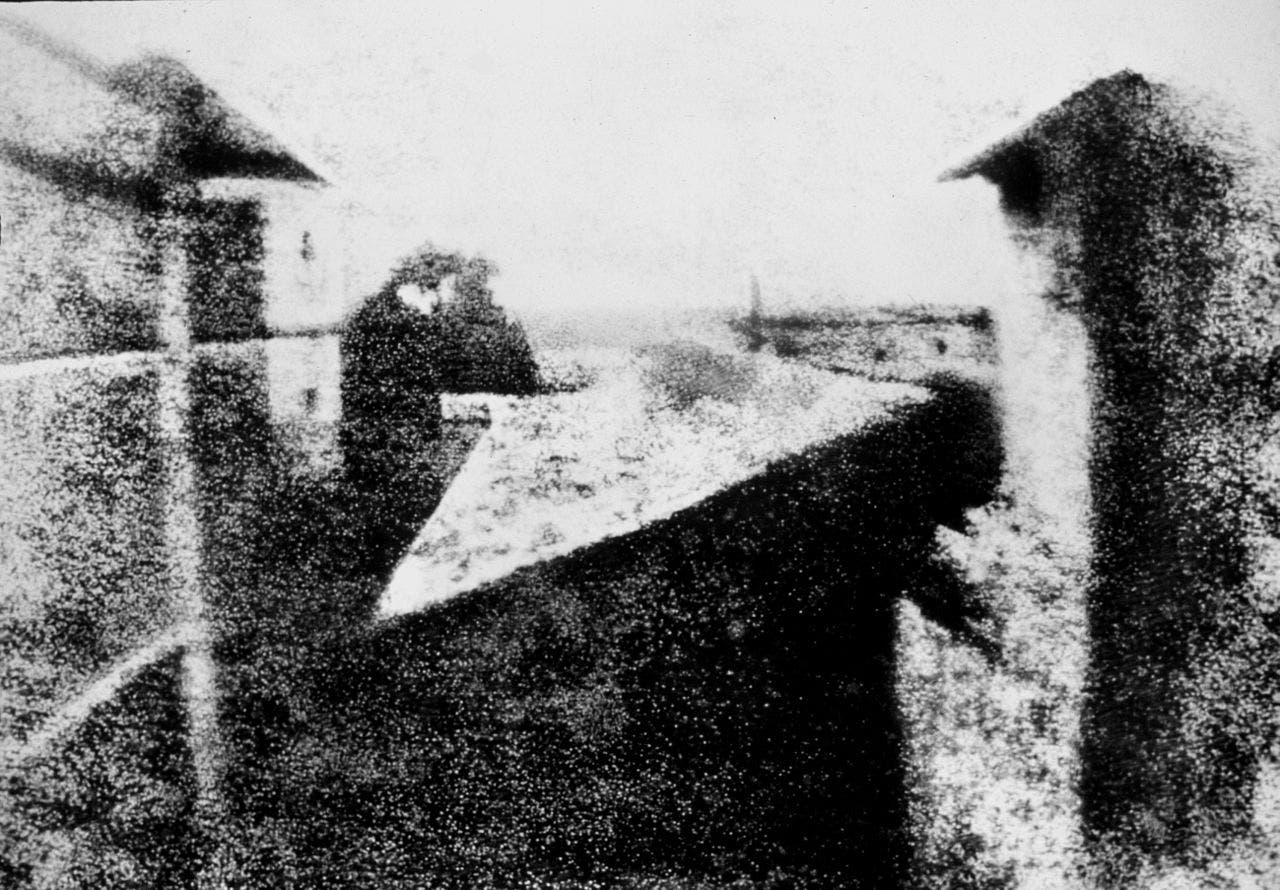 Later, Joseph partnered with another like-minded inventor, Louis Daguerre, who minimised the exposure time to a few minutes. Daguerre went on to create the daguerreotype development process, which was the first commercially successful photographic process in the mid-1800s.

In the 1870s, a less expensive photographic process emerged. Emulsion plates or wet plates were similar to daguerreotype plates but used different iron and silver salts, which had a much shorter exposure time of 2-3 seconds and gave better results. Most photos taken during the American Civil War used wet plates.

The only drawback was that each plate had to be prepared moments before use since the emulsion dried up quickly. During this time, cameras were huge machines that sat on tripods and had a small "darkroom" for preparing plates.

Dry plates that didn't need prior preparations were introduced in the late 1870s. Dry plates further decreased the exposure time and led to the development of the first mechanical shutter. The camera size also decreased into a handheld tool. This increased the convenience and freedom of photography. By the end of the 1800s, the camera, as we know it, was beginning to take form. 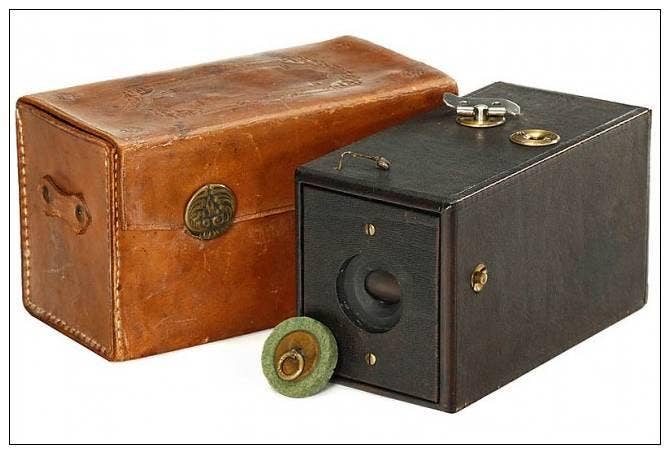 The first commercial camera was manufactured by Kodak in 1888, and looked much different that today's cameras

With the film technology also came the idea of negative and positive prints. The negative impressions were what resulted once the exposed film was developed and cleaned. Each negative print could be duplicated into positive copies, which resembled modern photoprints. The photographic prints themselves evolved through the 1900s from black-and-white prints to colourful and durable photo prints. Kodak and other photography companies pioneered the development of film photography throughout the 20th century.

During this time, the camera also earned its electronic stripes. A motor was installed to unroll the film after every shot, and rewind it into its spool when fully used. The standard electronic camera flash was also invented in the early 20th century. Earlier on, cameras used magnesium bulbs and explosive power as photographic flashes. The electronic flash brought about flash synchronisation and the use of batteries.

SLR stands for Single-lens reflex. Most commonly seen today as DSLR with the "D" standing for digital, an SLR camera has a detachable SLR lens that can be replaced with a similar lens with varying imaging parameters. In 1935, Leica introduced the first commercially available 35mm SLR - the PLOOT reflex housing. While not an SLR as we'd recognise it today - the reflex finder needed to be mounted onto a rangefinder camera in order to approximate an SLR - it is considered to be one of the earliest mass manufactured SLRs.

Competition in this area yielded some great products, especially for the professional photography industry. This meant that the lens no longer limited the camera's performance; a new lens could give your camera new range, image quality, and other variations.

More about this in our upcoming Part 2 article!

The camera has come a long way since it started life as a pinhole camera to becoming the intelligent, powerful device it now is. Today, cameras come in an impressive range from simple pocket-sized point-to-shot personal cameras to wearable cameras like the GoPro, to professional tools like the Nikon Z9.

Photographs preserve memories, spread joy and cheer, and help visualise and push news and stories from all over the world. Just imagine how much you probably wouldn't have seen by now were it not for photographs. Pictures speak a thousand words, but modern cameras go beyond that; photo viewing and sharing have become an experience and even an expression of art. All this is thanks to the inventors and pioneers who worked tirelessly through the years to bring the camera as we know it to life.

If you're looking to get yourself a modern digital camera, you've come to the right place. Browse through digiDirect's catalogue of quality, hand-picked products from some of the world's most renowned manufacturers. We also provide photography accessories such as lenses, lights, stabilisers, microphones, filters and carrying bags. Get in touch with the digiDirect team if you need any help finding what you need or picking out the right products. 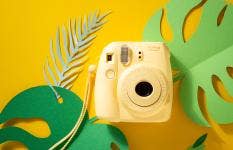 Everything You Need to Know About Instant Cameras 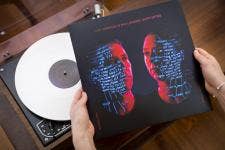 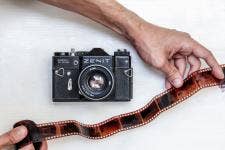 How to Shoot 35mm Film