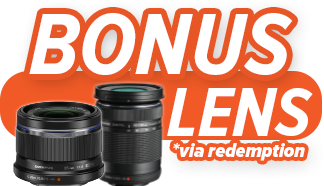 Found a better price? Click here and watch us try to beat it.

The Olympus E-M5 Mark III Body - Silver features dustproof and splashproof abilities in a compact and lightweight body and is equipped with the same 121-point all cross-type On-chip Phase Detection AF as the OM-D E-M1 Mark II, offering high-speed, high-precision autofocus capabilities in a compact, lightweight body. It also features a powerful image stabilisation along with versatile shooting features such as Live Composite and Live Bulb. Even when paired with the M.Zuiko Digital ED 12-40mm F2.8 PRO lens, it remains a compact, lightweight camera system that can fit in a small bag to take anywhere. The 121-point all cross-type On-chip Phase Detection AF delivers high-speed precision focusing, even for fast-moving subjects where focus is difficult, so users never miss a photo opportunity.


Easy to use smart features