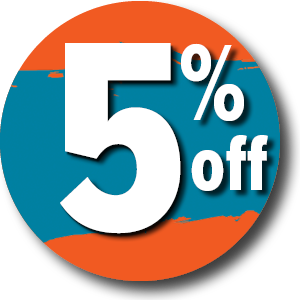 Expand your gaming library and accelerate your performance with the WD 1TB WD_BLACK D30 Game Drive USB 3.2 Gen 2 External SSD for Xbox, which is designed to enhance your console both inside and out. Made for Xbox, this SSD includes free one-month membership to Xbox Game Pass Ultimate, so you'll have access to 100+ games on consoles and Windows, plus online console multiplayer.

The WD_BLACK D30 Game Drive SSD for Xbox features a storage capacity of up to 1TB, transfers data at speeds up to 900 MB/s, and connects to your host system using a USB 3.2 Gen 2 Type-C interface, which also provides bus power. For greater durability, this SSD is drop-resistant up to 2m and can endure temperatures ranging from 0 to 45°C. Included is a detachable stand and a USB Type-C to Type-A cable.

WD's 1TB WD_BLACK D30 Game Drive SSD for Xbox is compatible with Windows 10 and 8.1, macOS 10.11 and later, Xbox One (play and store games), and Xbox Series X|S (archive games). The number of games this drive can store is based on an average game size of 36GB. If a game was purchased and loaded from a disc, the original disc may be required to verify ownership. Xbox Series X|S games archived to this drive must be transferred to the console before playing. Also required are a network connection and an Xbox live account.

Note: Please be aware that the Xbox Game Pass Ultimate trial is only available for new Xbox Game Pass Members with a limit of 1 per person/account. Availability is for a limited time with full details available on the product packaging.

Access your games fast with the WD_BLACK D30 Game Drive SSD for Xbox, reaching optimized speeds up to 900 MB/s so you can get spawning and owning with minimal load times and zero mercy.

Designed for Xbox, Made to Be Seen

Elevate the look and style of your console with the WD_BLACK D30 Game Drive SSD for Xbox, designed to stand out and look great next to your console on a detachable stand.

Equipped with up to 1TB of capacity, you can keep expanding your collection without having to delete your favourites on your console.

Included with your purchase is a 1-month membership of Xbox Game Pass Ultimate, with access to 100+ games on consoles and Windows, plus online console multiplayer.

The WD_BLACK D30 Game Drive SSD for Xbox allows you to offload your Xbox One game collection and keep playing instantly on your next-gen console, as well as store Xbox Series X|S series titles.

Gamers can trust WD_BLACK drives with all their extra lives. The WD_BLACK brand is dedicated to providing a top-tier gaming experience. You can be certain that your WD_BLACK D30 Game Drive SSD for Xbox will have your back as you continue your quest to victory.