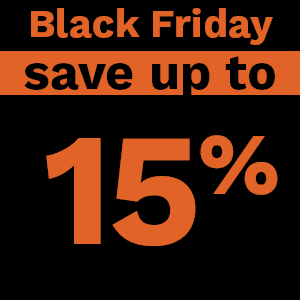 If there was ever a point-and-shoot that could do anything, the Panasonic Lumix FZ2500 comes close with an incredible mix of advanced photographic capabilities thanks to a 20.1MP 1" High Sensitivity MOS Sensor and outstanding video specs which include DCI 4K format video at a true 24.00 fps. Benefitting all of these functions is a versatile Leica DC Vario-Elmarit f/2.8-4.5 lens with a far-reaching 20x optical zoom. This optic uses numerous specialized elements to guarantee sharp images and offers an outstanding 24-480mm equivalent zoom range. On top of this, the camera features a DSLR-like body design that is very ergonomic, including manual control rings, a 0.74x 2.36m-dot OLED electronic viewfinder, and a 3.0" 1.04m-dot free-angle touchscreen LCD.

Interestingly for a normally stills-focused camera, the FZ2500 boasts incredible video features, most notably DCI 4K (4096 x 2160) recording at 24.00 fps in addition to more conventional UHD 4K (3840 x 2160) and Full HD options. This capable camera also offers Panasonic's CINELIKE D and CINELIKE V picture profiles for professional grading capabilities, and it can gain V-Log L through an optional upgrade. Along with this, the camera has high bit rates of up to 200 Mbps using MP4 and MOV formats and it can output video over HDMI with a professional-quality 4:2:2 10-bit signal. Additionally, the FZ2500 has a built-in ND filter for selectable levels as well as no recording duration limit.

For stills, the FZ2500 is a very capable system thanks to the high-resolution 1" sensor. This enables sensitivities up to ISO 25600 and continuous shooting rates of up to 50 fps with an electronic shutter and 12 fps with a mechanical shutter. Built-in Wi-Fi connectivity makes it easy to control and transfer photos to your mobile devices and a variety of 4K PHOTO modes leverage the power of 4K video to provide another method to capture fast action.

Note:* Product is shown in use for illustration only, additional equipment is not included.

The large 20.1MP 1" High Sensitivity MOS Sensor enables high-resolution still image and 4K video recording with native sensitivity to ISO 12800, which can be further expanded to ISO 25600. The sensor also avails notable speed throughout the camera, including the ability to record up to 50 fps using an electronic shutter or 12 fps with a mechanical shutter. Benefitting a hybrid workflow, users can switch between recording 4K movies and still imagery instantly and there is also the ability to make in-camera 8MP screen grabs from 4K movies

Taking the FZ2500 into the bridge camera realm is the far-reaching Leica DC Vario-Elmarit 20x optical zoom lens. This optic features a wide-angle to super-telephoto 24-480mm equivalent zoom range, which makes it easy to capture both wide landscapes and distant subjects with equal ease. A variable f/2.8-4.5 maximum aperture keeps the camera's size to a minimum while a 9-blade diaphragm helps create smooth bokeh. Also, the 16 elements in 11 group construction use five aspherical lenses with a total of eight aspherical surfaces, four ED elements, and one UHR lens to minimize aberrations and maximize both sharpness and contrast

Of the list of standout features packed into the FZ2500, DCI 4K (4096 x 2160) video recording sits at the top of the heap. The FZ2500 is a capable tool for videographers and hybrid shooters providing DCI 4K and UHD 4K options with frame rates of 29.97p, 23.98p, and true 24.00p as well as 25p with a high bit rate of 100 Mbps. Full HD also gets a huge bump in performance with added frame rate options of 59.94p and 50p and the ability to shoot at a highly detailed 200 Mbps. Users will also have access to a Creative Video Mode for Full HD recordings that offers selections for a variety of frame rates ranging from 2 fps for speeding up your shot to 120 fps for super slow motion

Making this more of a professional tool is the inclusion of numerous high-end video recording features, such as flat CINELIKE D and CINELIKE V profiles for color grading. Also, shooters can purchase an optional upgrade to add V-Log L to the FZ2500. Along with all of this video, shooters can output footage over HDMI with a 4:2:2 10-bit signal and time code for maximum quality and malleability in post. A custom video GUI makes shooting much more intuitive while a 3.5mm microphone and headphone jacks enable the use of external microphones and real-time monitoring. Furthermore, the FZ2500 does not have any time recording limits and it is equipped with a built-in ND filter for quickly managing your exposure

Besides video, the 4K capabilities also permit recording 8MP stills at 30 fps in a trio of ways

Another attribute of the 4K capabilities is a unique focusing method called Post Focus. This function records imagery as a 4K MP4 file at 30 fps and shifts the specific point of focus throughout the burst shooting in order to offer a range of distinct focusing ranges to choose from. During playback, via the camera's touchscreen, you can then tap the specific region of the image you wish to be in focus and an 8MP JPEG file will be created. Multiple individual files with different points of focus can be created from the original burst, and focusing assist functions can also be used to gain even more precise control over the specific in-focus region

A built-in focus stacking feature lets you program the capture of a sequence of photos with shifting focus. This technique allows you to utilize the highest performing aperture as well as increase the depth of field in your final image

Helping to compensate for camera shake when recording HD movies, 5-axis HYBRID O.I.S.+ is an advanced image stabilization system that minimizes the appearance of blur when shooting one-handed video. It corrects for five types of camera shake that commonly affect more dynamic movement types that occur while moving when recording