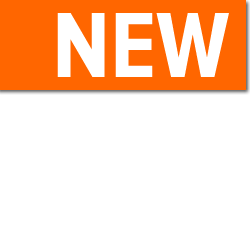 NIKKOR Z Teleconverter TC-2.0x
Pre Order
$1,099.00
Quick View
description
As part of the S-Line series of NIKKOR Z lenses, the NIKKOR Z 70-200mm f/2.8 VR S is a telephoto zoom lens that covers the 70 mm to 200 mm range of focal lengths with a constant fast maximum aperture of f/2.8 throughout that range. This telephoto zoom lens supports the shortest*1 minimum focus distance in its class at the maximum wide-angle position — just 0.5 m, and is the first NIKKOR lens for interchangeable-lens cameras to achieve camera shake compensation equivalent to a 5.5-stop*2 increase in shutter speed.

With the NIKKOR Z 70-200mm f/2.8 VR S, photographers will be able to capture images that are incredibly sharp and clear, not only at the center of the frame but all the way to the extreme edges, regardless of the shooting distance. Whether photographing portraits, landscapes, or wildlife scenes, the finest details of the scene or subject are faithfully rendered. In addition to the agility of the zoom lens, the compressed perspective of mid-range telephoto positions and a constant maximum aperture of f/2.8 throughout the entire zoom range expand users' creative expression.

The NIKKOR Z 70-200mm f/2.8 VR S optics are constructed using one short-wavelength refractive (SR), one fluorite, six ED, and two aspherical lens elements that work together to realize the incredible optical performance. The lens is also equipped with a multi-focusing system*3 that not only achieves fast and precise AF control, but also contributes to a significant increase in optical performance for shooting at short distances. These ensure the capture of images which exhibit superior sharpness and detail while reducing various types of aberration, even for shooting at close distances. In addition, the adoption of Nikon's exclusive anti-reflection coatings, Nano Crystal Coat and ARNEO Coat, effectively reduces the ghost and flare generated by incident light, resulting in incredibly sharp and clear images even when a light source is included in the frame.

Nikon also continues to pursue greater ease of use for photographers with the NIKKOR Z 70-200mm f/2.8 VR S, not only for still-image photography but also for movie recording. Movies recorded using the NIKKOR Z 70-200mm f/2.8 VR S not only exhibit the same outstanding resolving power of still-image photography, but also the adoption of a stepping motor (STM) for AF drive further realizes an even quieter AF operation. The NIKKOR Z 70-200mm f/2.8 VR S also compensates for changes in focus that occur with zooming and focus breathing, with which the angle of view changes as focus is adjusted, allowing users to concentrate on shooting without worrying that the sound of lens drive operation will be included in the audio, that focus on the primary subject will be lost with zooming, or that the angle of view will change with focusing. Furthermore, the lens is also equipped with the control ring common to all NIKKOR Z lenses, which enables the recording of natural looking movies with smooth adjustment of the aperture, ISO sensitivity, or exposure compensation setting.

The NIKKOR Z 70-200mm f/2.8 VR S makes the most of the advantages of the Nikon Z mount system's large-diameter mount and short flange focal distance. With the adoption of one fluorite and one newly developed SR lens element, it achieves both superior optical performance and agility. In addition, the lens was designed with dust and drip resistance in mind and components made of a magnesium alloy have also been adopted for added protection. Equipped with these features, the NIKKOR Z 70-200mm f/2.8 VR S caters to the creative intent of a wide variety of photographers by greatly expanding the possibilities for imaging expression with both still-image photography and movie recording.