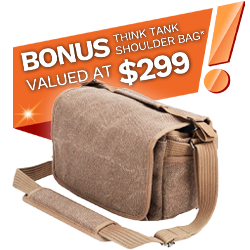 The Fujifilm X-T4 - Silver with XF16-80mm Lens delivers the highest performance in both stills and video. Utilizing a proven and well-regarded APS-C-format 26.1MP X-Trans CMOS 4 sensor, the X-T4 is capable of high-resolution recording. Featuring a new re-designed shutter unit the X-T4 has been developed to be fast, durable and quiet. With the fastest ever autofocus performance in an X Series camera, thanks to a new AF algorithm, users can now capture decisive moments that they may have missed before.

Well-suited for a wide variety of shooting situations, the Fujifilm XF 16-80mm f/4 R OIS WR Lens is s a versatile 24-120mm-equivalent zoom, spanning wide-angle to medium-telephoto, and featuring a constant f/4 maximum aperture. Complementing this flexible design is an advanced optical layout, which includes a trio of aspherical elements and one ED aspherical element that help to minimize a variety of aberrations in order to produce high sharpness and clarity. A Super EBC coating also improves contrast and colour neutrality by reducing flare and ghosting when working in strong lighting conditions. Also benefitting use in a variety of situations is a quick and quiet autofocus system along with a six stop-effective image stabilization system that minimizes the appearance of camera shake. Additionally, the lens is fully weather-sealed for working in inclement conditions.