Using natural light is generally the easiest way to achieve good quality lighting for your images. However, as we all know, often there is not enough natural light available to fully make the most of a composition. The best way to manage this is to employ the use of flash.

Flash allows you to do more than just control the overall exposure of a composition though. It also lets you build creative layers of light and shadow and be much more specific with your vision than natural light will often allow. Also, contrary to common belief, getting good results with flash does not require huge amounts of equipment or incredibly specialised knowledge. A little bit of knowledge goes a long way, and in this article we’ll discuss how you can achieve great results by taking your flash off of your camera and positioning it. This is called off-camera flash, and it can lead to some amazing images.

What is On-Camera Flash?

Before we discuss off-camera flash, you need to know about on-camera flash. On-camera flash, as the name would imply, quite literally refers to when your flash unit is attached to the top of your camera - it is “on” your camera. The flash connects via the hot shoe directly on top of the camera, which allows for easy communication between your flash and camera.

The benefit of this use of flash is that it is easy to use. However, front-facing flash can often have unflattering results. Since the light is coming from the exact same angle that the image is being taken, the flash essentially removes all shadows and results in a person looking like they have washed-out skin. It may also create harsh shadows falling behind the subject.

There are ways to minimise this effect with on-camera flash, such as using diffusers, or bouncing the flash off a wall or ceiling. However, if you really want to achieve a unique look you’ll want to transition to off-camera flash.

What is Off-Camera Flash?

A flash trigger or radio trigger is an essential part of your flash kit as it provides a means for you and your camera to communicate with the flash. Essentially this has two parts - a trigger that goes on the hot shoe mount on your camera, and a receiver which attaches to the bottom of your flash. These two units communicate wirelessly, allowing the your flash to sync to your camera even though they are not physically attached.  The Hahnel Captur is a popular model of wireless flash triggers that comes in various versions for different camera brands.

Aside from avoiding washing out the face of your model, there are many benefits to using off-camera flash techniques. As mentioned earlier, the most apparent benefit is the ability to gain greater control of where and how the light impacts your composition. Off-camera flash opens the way for far more excellent creative control of your composition.

Off-camera flash techniques involve the creative positioning of your flash unit. This way, when you take your shot, the flash unit fires with the right timing, exposure and direction. Where you place your flash can dramatically change the look and mood of your composition.

You may choose to use one flash unit to softly expose the face of a subject while placing another flash to expose the background. This kind of technique can help to highlight a particular aspect of  your composition. Such a move can help to tell your overall story within your image.

Use The Full Space

It is also important to remember that your flash unit does not have to exist at the same level as the camera. In reality, you have a 3D space within which you can position your flash units. Set up flash units on the floor, hanging from the ceiling or anywhere you wish with the use of light stands.

The possibilities are endless, and through trial and error, you will determine what sort of creative positioning works best. Lighting a model's face with all of its contours and textures is a lot different from lighting simple products. Each has its challenges and only through practice can you master the use of off-camera flash.

A straightforward off-camera flash technique is to have your flash positioned at a 45-degree angle to your subject. So if your subject is facing you, then imagine a 45-degree angle created between your camera, the subject and where the flash sits. This achieves a similar result to front-facing flash, but because the light is coming from a bit more of an angle, it avoids the issues of removing all shadows and giving a lifeless look, and instead provides moderate, contoured lighting while not being too distracting.

This is very similar to 45-degree flash positioning, except to extend the angle even further to 90 degrees. This means your flash unit will be casting light directly from the side of your subject, leaving one half of their face exposed while the other will be in shadow. Controlling the amount of  light emitted by your flash will result in various levels of drama in this particular scenario.

A successful outcome with this kind of off-camera flash technique is to have only half of the face exposed appropriately while the rest of the face is in shadow. With the correct control of foreground and background lighting, you can make the subject look as though they are stepping out of the darkness. This is a more dramatic look than 45 degree lighting. As a bonus tip, if side lighting is too extreme of a look but 45 degrees isn’t quite cutting it, you can try experimenting with positioning in between those two.

A simple yet appealing effect is to place a flash unit directly behind the subject. This backlighting will result in your subject having a silhouette or halo that defines their outline. You can take it to an extreme and have a lot of contrast by having very little light on your subject’s front, essentially making them a full silhouette and providing a darker look. Alternatively you can soften the look by using either natural light or a second flash to expose the front of the subject gently, which will make the image look more graceful. Experiment with both options for different styles!

Being able to light a models hair with off-camera flash effectively can significantly enhance your final image. By casting additional light on the hair, you can capture the contours and waves that exist. Hair lighting is especially beneficial in hair and makeup photography sessions. It can be a good way to separate your subject from the background, as the additional light cast on your subject but NOT on the background will create contrast. Hair lights are often set up behind and above your subject, so that the light is angled downwards, but there are different ways to achieve it based on your specific setup. 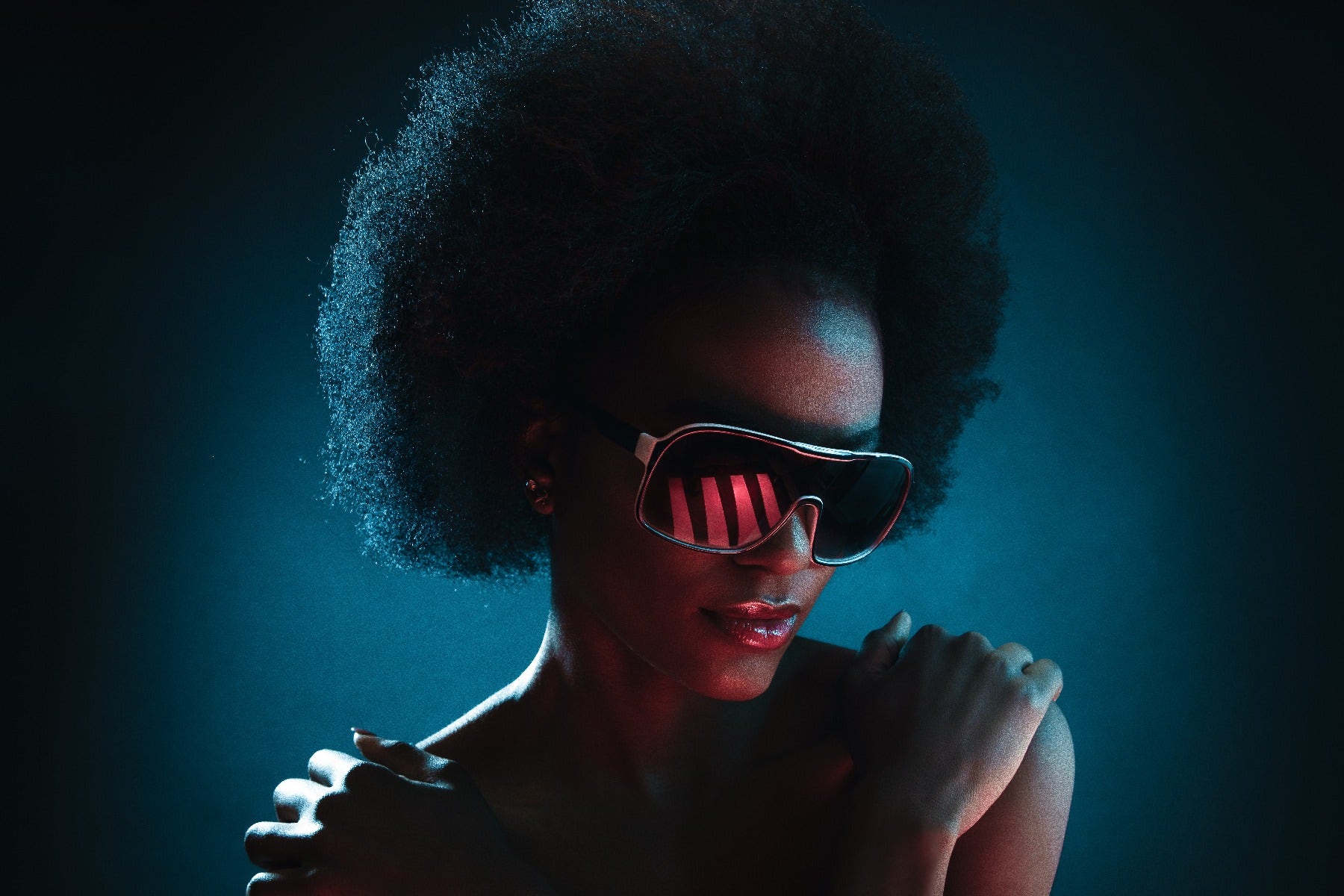 A common on-camera technique, bouncing the flash is also possible using off-camera flash. Firing your light source up at a white ceiling will result in that light bouncing back down to illuminate your subject. On its journey, the light is gradually diffused and spread, resulting in softer light that can be more pleasing for certain uses.

Another simple method is to employ the use of a reflector. This works in the same way as bouncing the flash off the ceiling in that you fire the flash at the reflector. The reflector then bounces and diffuses that light towards your subject. For this to work, you will need to have your reflector mounted to a light stand (or held by an assistant) and set at the appropriate angle. Reflectors can come in many different varieties. Some will have a white coating to keep the light from your flash the same colour, and some will have a silver coating or gold coating which is used to mimic natural light, which generally has warmer hues.

With this method, keep in mind that full 3D space you have to play with and be creative in how you place each flash. The best teacher in off-camera flash is trial and error. Work within your limits but don't be afraid to try new flash positions in various situations. Try combining techniques listed above, such as using 45 degree flash but adding a hair light on the opposite side for a different effect. 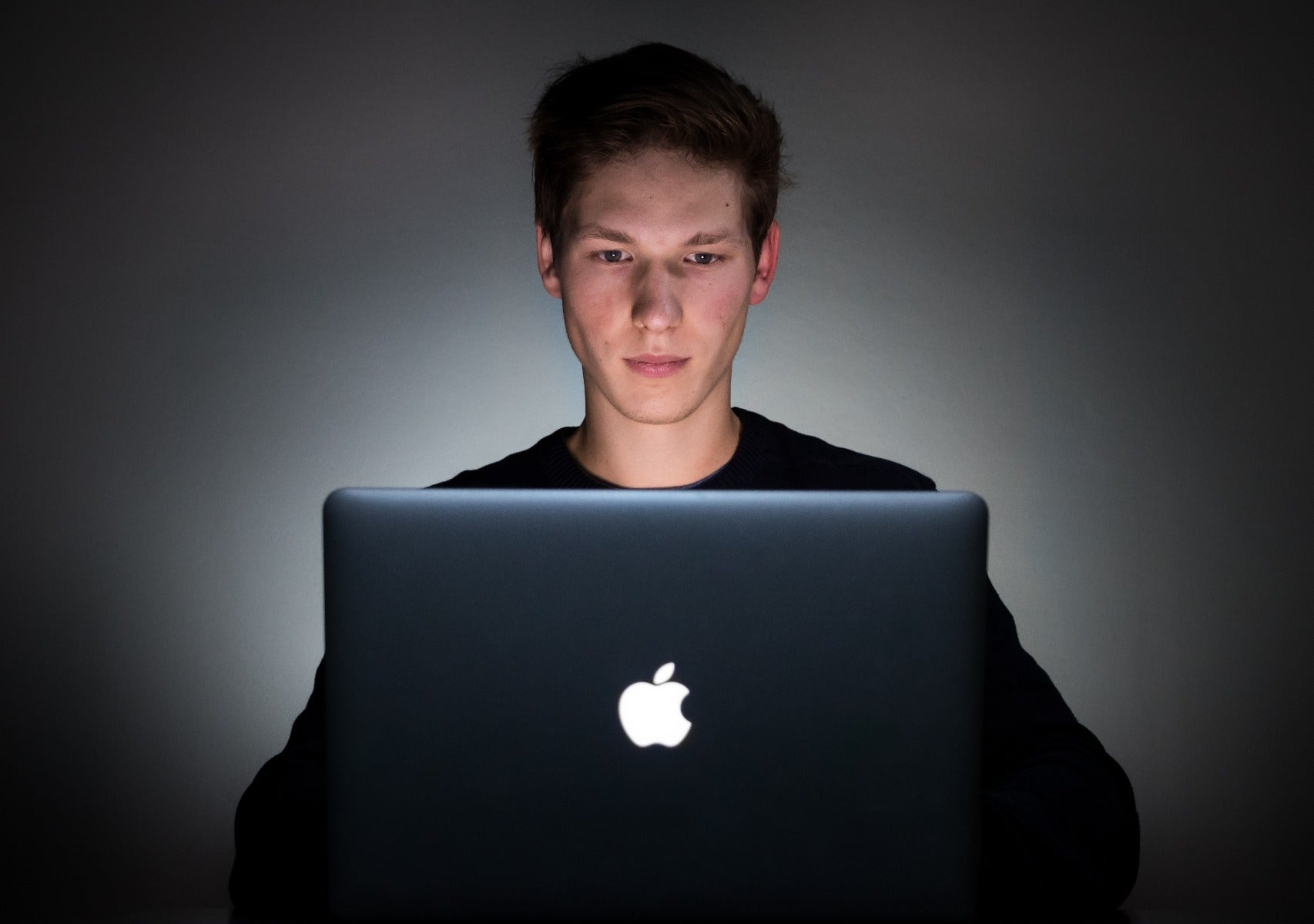 An excellent recommendation is to invest in a flash kit that provides you with multiple flash units, light stands, umbrellas and suitable storage and carry-case. We will explain some of those terms in more detail later but a great example to check out is the Elinchrom RX4 Set.

The Elinchrom set is ideal for studio settings as it features two high powered flash heads, one square softbox, one octagonal softbox and two light stands. It also has a radio trigger, sync and power cables for the flash units and carrying bags. This kind of kit would be a perfect investment for someone wanting to master off-camera flash in an indoor setting.

The benefit of using off-camera flash in an outdoors setting is that you can work with the existing natural light and include a flash to control the exposure finely. For example, you may have great natural light, but nearby foliage is causing the light to dapple on your subject. Through the use of off-camera flash, you can eliminate that effect and have a balanced amount of light.

In this article, we have covered some great ways to master and understand off-camera flash techniques. As is apparent, there is a lot of additional equipment required when undertaking this kind of photography. Such an investment is especially significant in commercial photography where you are photographing models, products and settings.

Understanding the terminology is equally as important, especially when you are first starting. We have compiled a simple glossary of terms used in the off-camera flash world.

Left: Flash can also be positioned above your subject. Right: This image uses multiple sources - a white-ish hair light on the left side, a low-intensity red light set at 45 degrees on the right, and a very slight illumination on the background.

There is a lot to learn when it comes to moving into the world of flash - be it on-camera or off-camera. But by understanding some of the basic principles of flash and how you can employ it to control the light, you will be successful. We guarantee that before long you will be removing your flash from the top of your camera and thinking about creative placement. Such a move will be the start of your journey to exceptional flash photography. 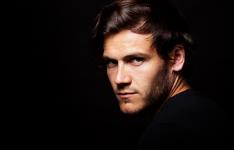 How Flash Can Enhance Your Portrait Photography 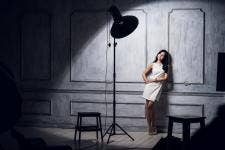 Getting Started with Portrait Photography 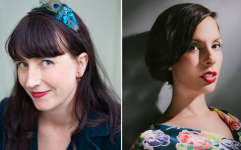